Get to know Graciosa

Graciosa, also called the “lovely one” reminds of a bright landscape watercolour – gently undulating hills framed by the deep blue of the sea, black basalt walls and in between the lush green of the vines; the white silhouettes of windmills with their red, pointed roofs. The calmness makes this countryside idyll the perfect place. 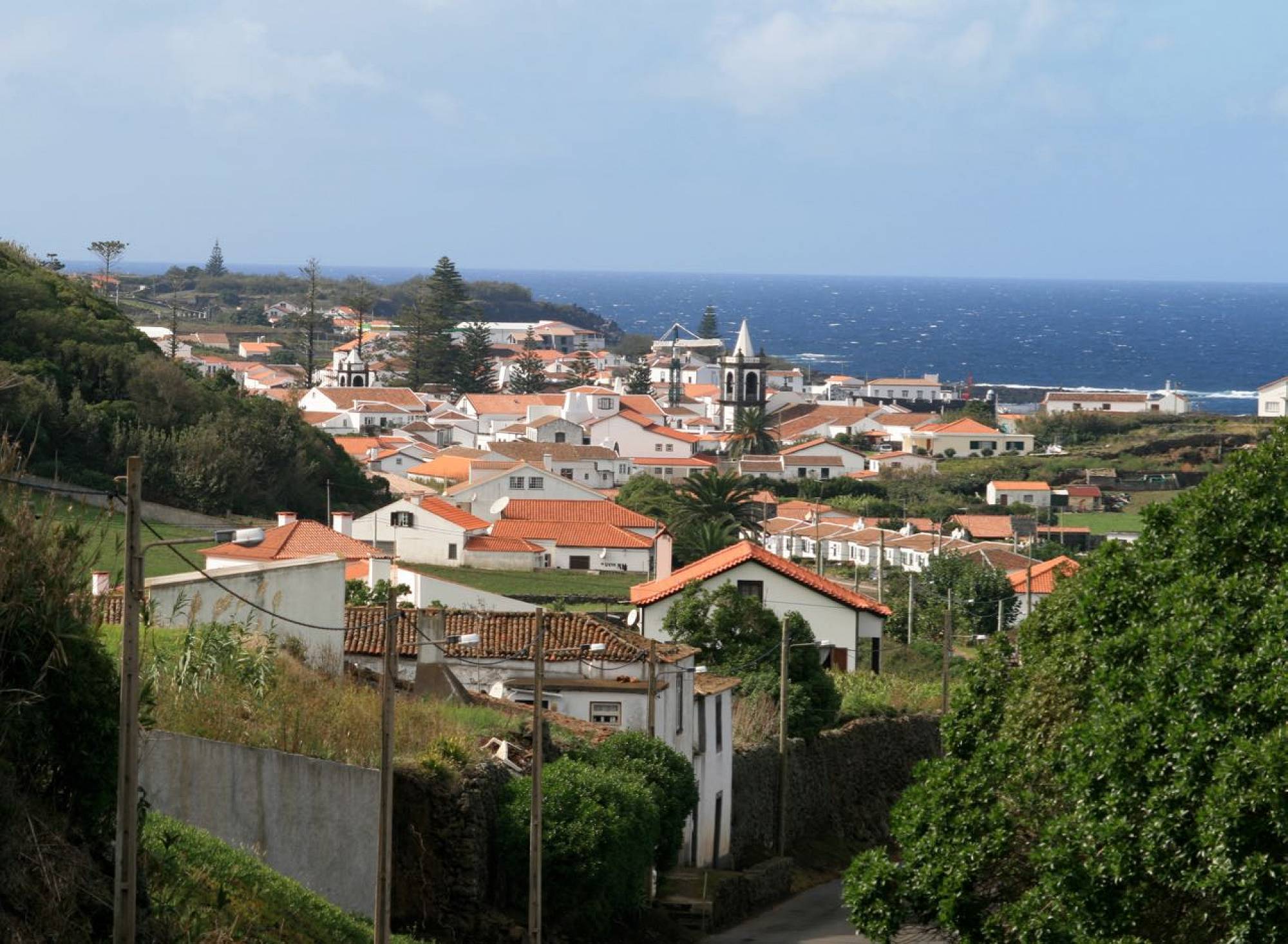 The small villages are ranged along the streets, old traditional stone houses are abandoned and became derelict ruins – all combined creating a romantic atmosphere. Along the hilly landscape with pastures and vineyards, separated by dry-stone walls, windmills keep appearing – some well preserved, restored and took care of, others abandoned and crumbled. These windmills were once copied by the Flemings and introduced at the beginning of the 19th century. Up until a few years ago corn was ground in one of these windmills on a regular basis. Today some of them serve as holiday apartments with special flair.

Along the coast there are volcanic rock formations, small rocky island in the sea, large and small volcanic crater, lush green meadows, the untouched nature forest with its eucalyptus trees and the neighbouring islands Terceira, Faial and São Jorge and the mountain Pico, the highest mountain within Portugal with 2400 m.
The coasts are mostly rocky and bluff and only easily accessible in a few places. In these places you can find bathing areas with natural pools. Beaches, as we know them, does not exist but a thermal bath promises relief from rheumatic complaints when using on a regular basis. Three hiking trails, which are officially signposted as such, offer you magnificent views.

Since 2006 Graciosa has become an UNESCO Biosphere Reserve and is nearly completely self-supporting in its energy extraction since the year 2018. In Serra Branca, there are 5 windmills and on the edge of Santa Cruz there is a photovoltaic system as well as a large battery park. This way, around two-thirds of the required electricity, can be obtained from renewable sources. 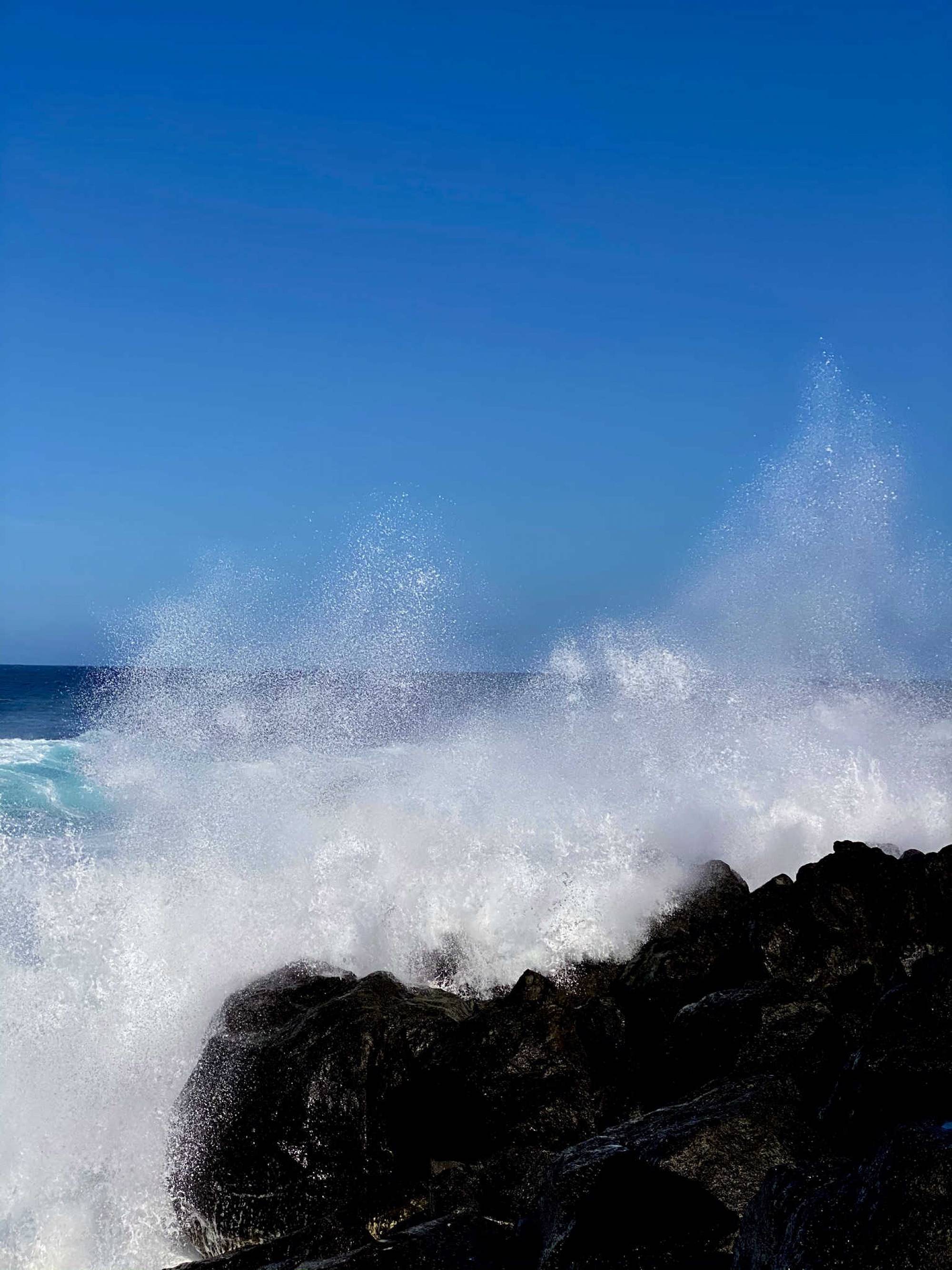 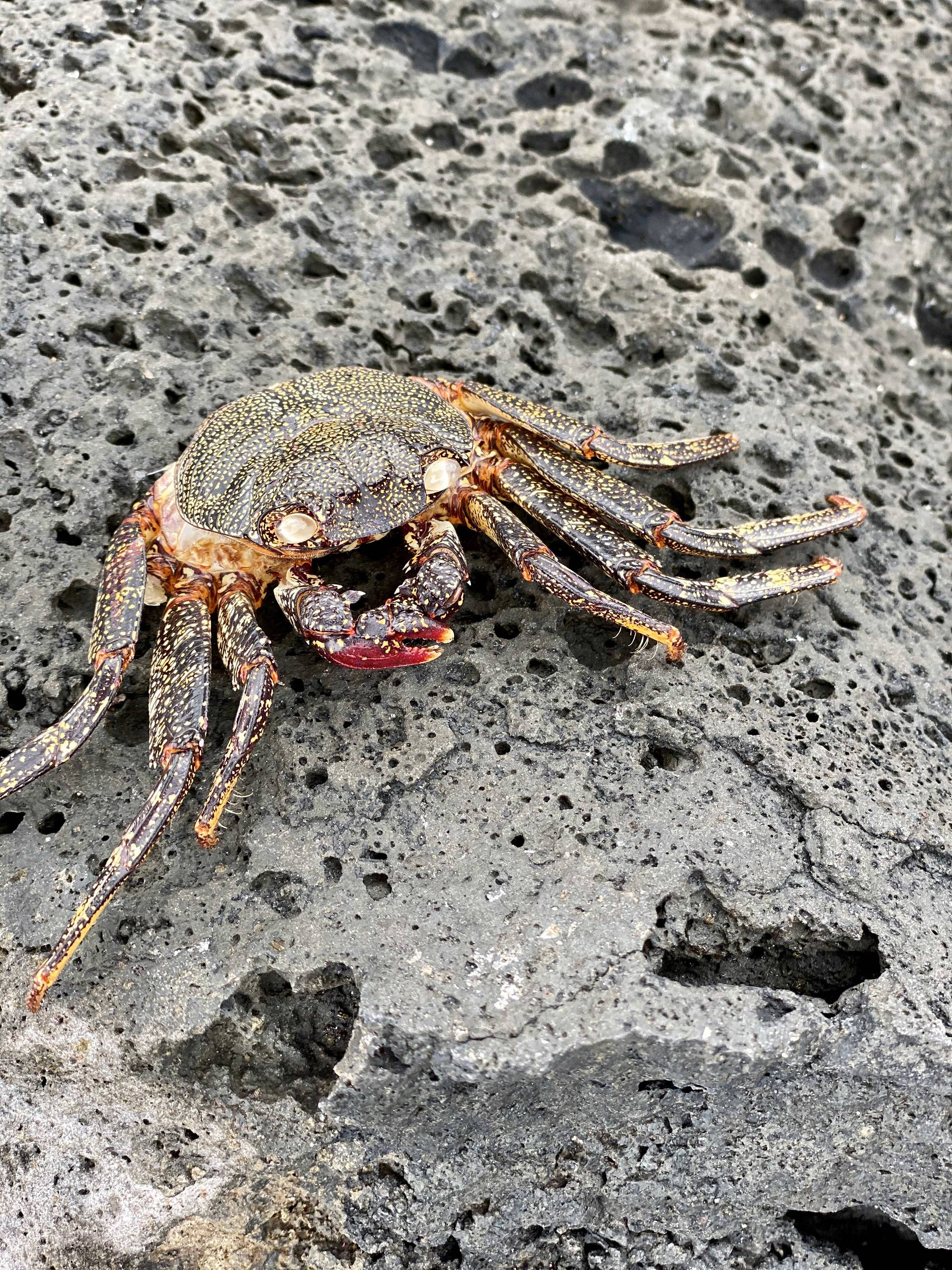 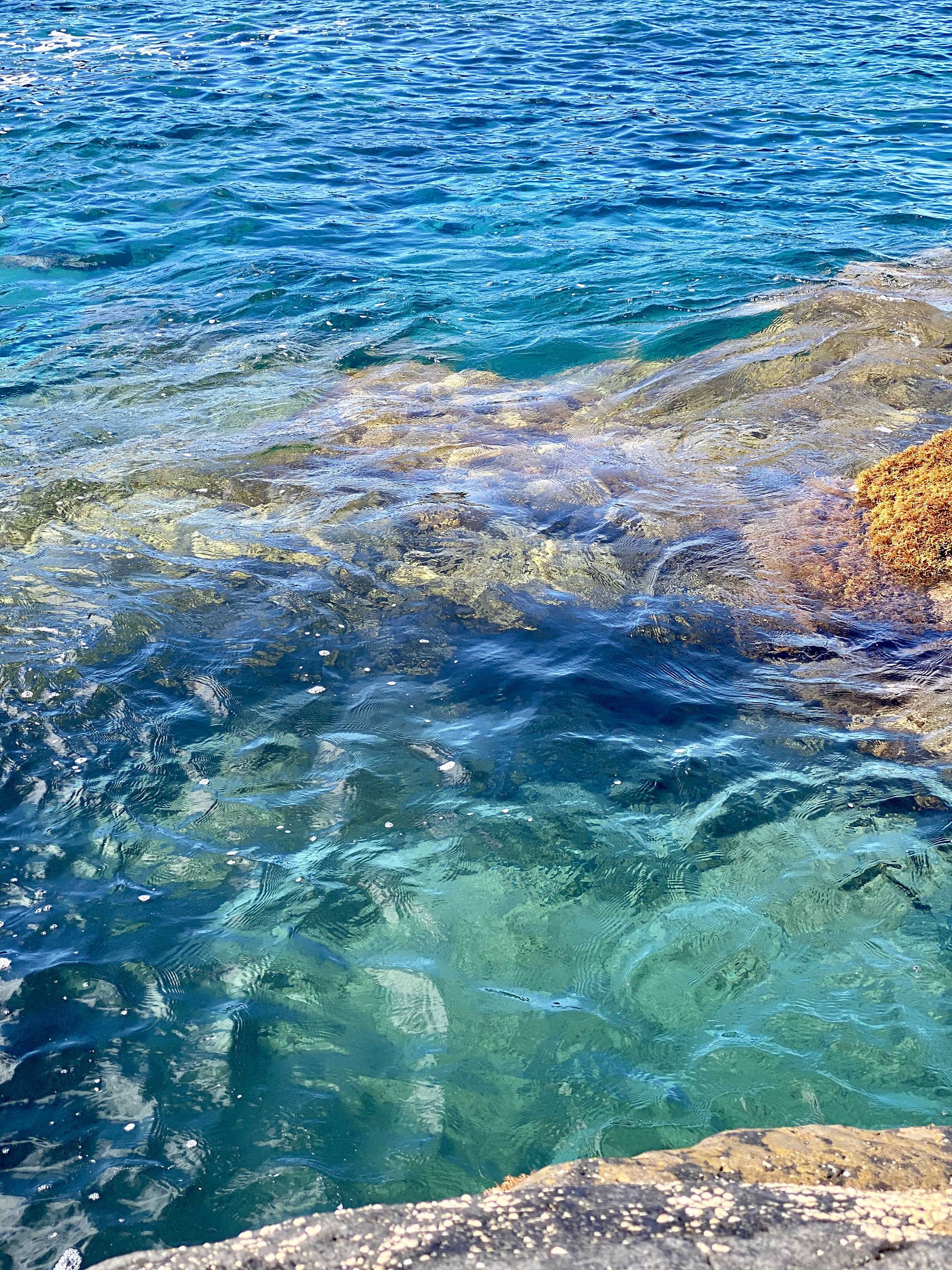 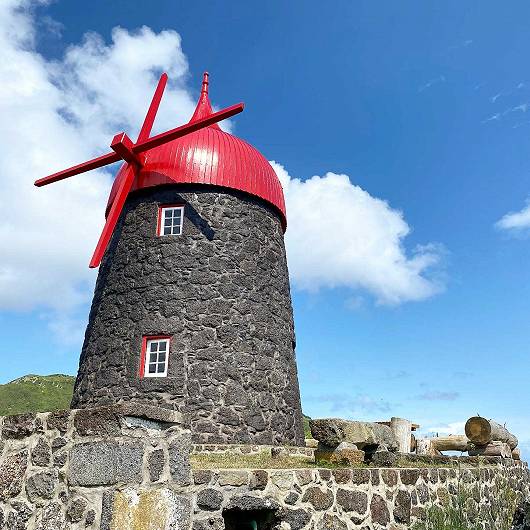 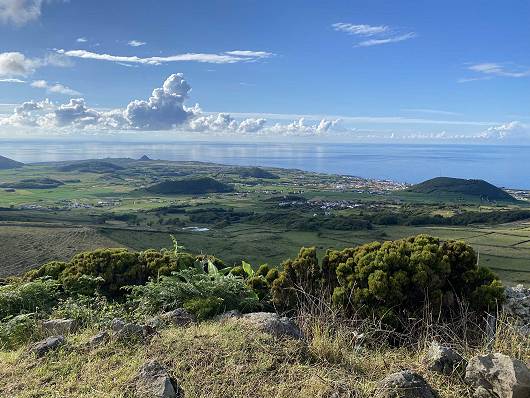 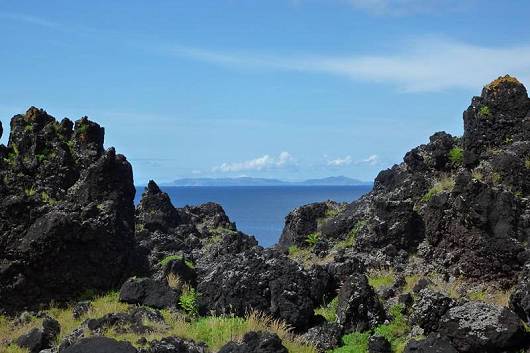 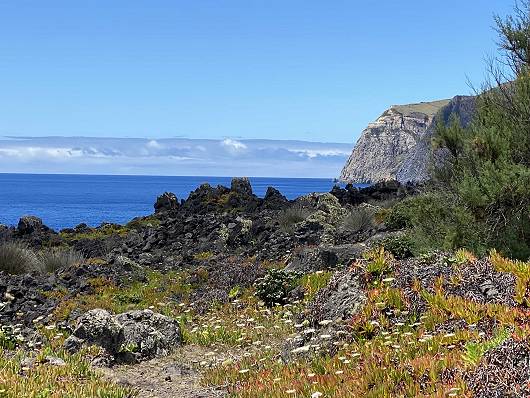 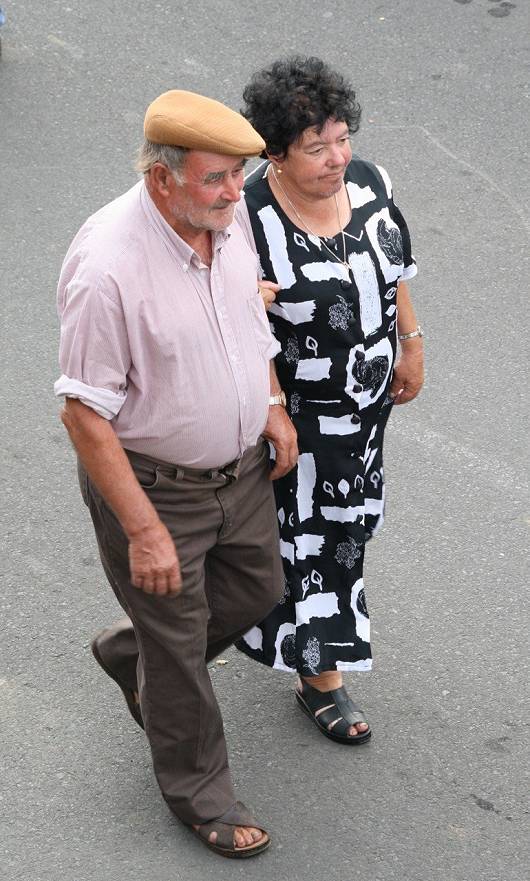 The people and their festivities

The way of living is simple and originally. The pace in the capital Santa Cruz da Graciosa might be bustling, but in general its rather easy-going.


Most people living in the four communities Santa Cruz, São Mateus, Guadalupe, and Luz live on agriculture and animal husbandry. A much smaller part live on fishing, tourism and offered services. All products, which are not produced on the island (nearly 100%) are imported by sea or air, coming from bigger islands around or Europe.
The island itself offers public transportation in form of a bus service but short distances are mainly covered in private cars, a taxi or in some cases with a donkey.


The local Portuguese dialect needs getting used to and is quite difficult to understand but the local population tries their best to communicate, even it means talking English.

In addition to the traditionally celebrated Pentecost (Espirito Santo), all communities celebrate their very own ecclesiastical festival with processions and special masses in summer. From mid-July to mid-September one of these festivals take place somewhere on the island every week. On site, streets are decorated, a table of events is arranged, snug lodgings with snacks and drinks constructed, bullfighting’s are held, and brass music is organized. Many emigrants come back to their villages especially for these festivals to spend their annual vacation.


Second highlight of the year is the time of carnival in February. The “Graciosenses” never enjoy themselves better, dance madly and celebrate which infects everyone around with a high-spirited cheerfulness. 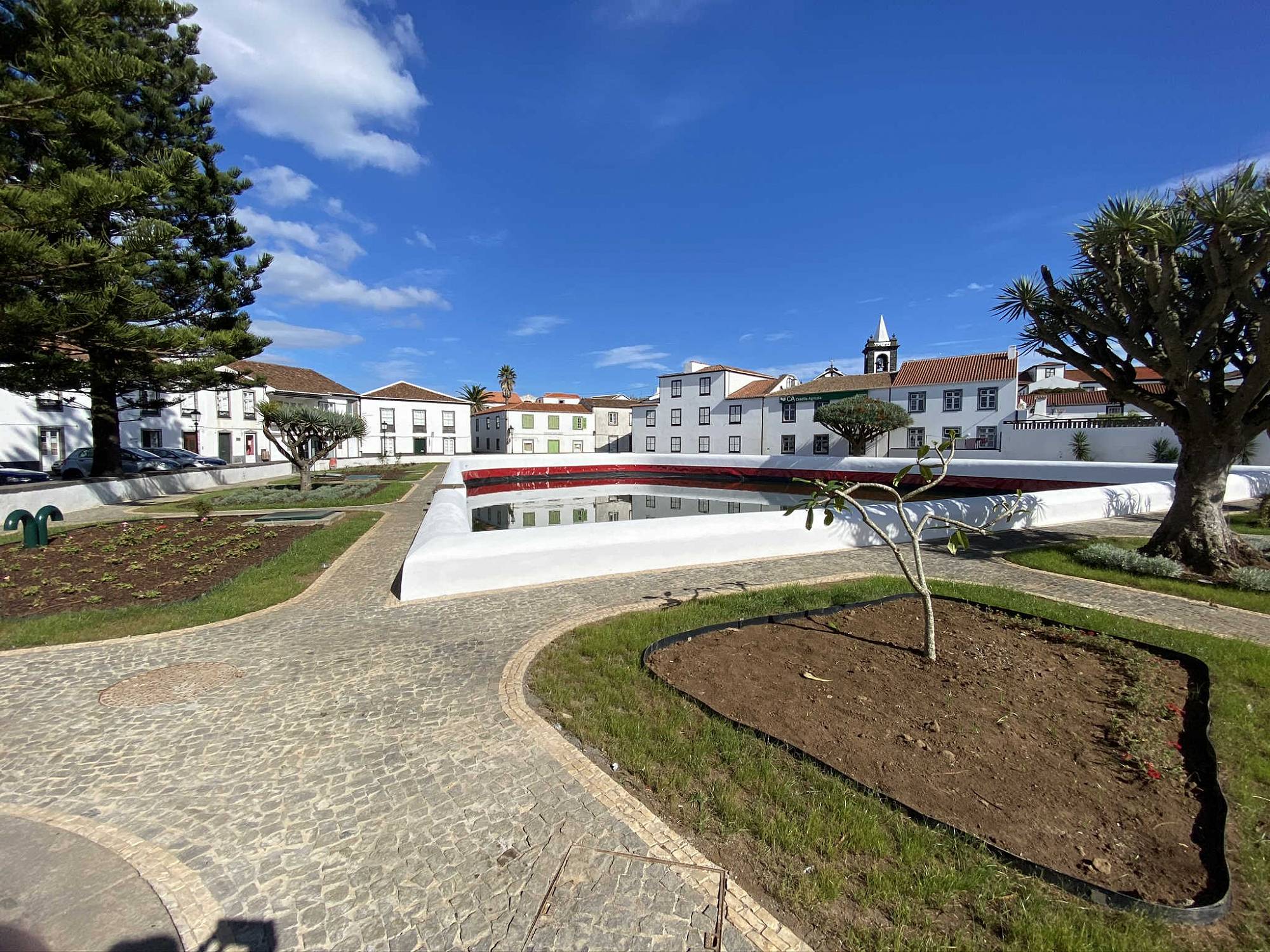 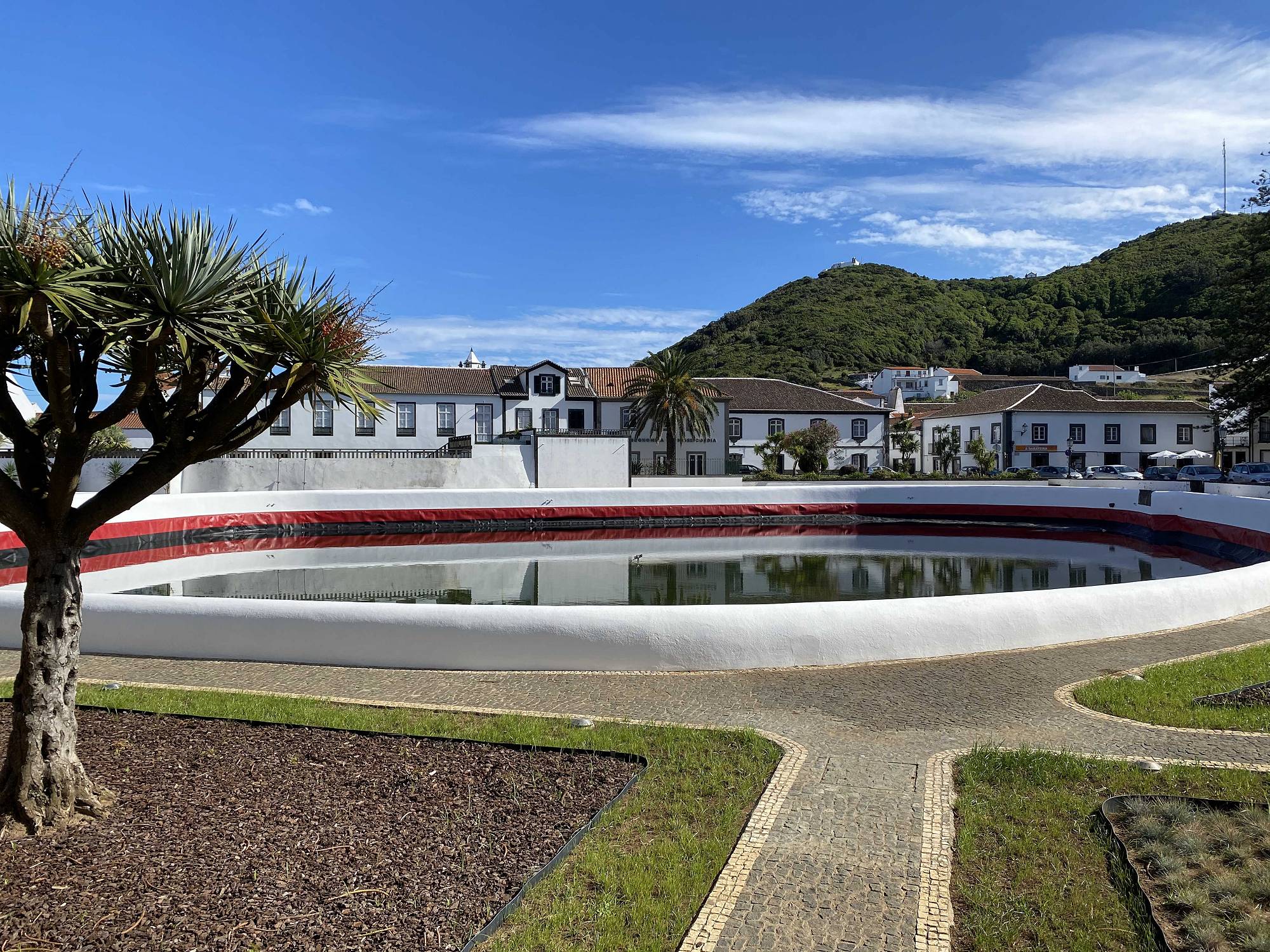 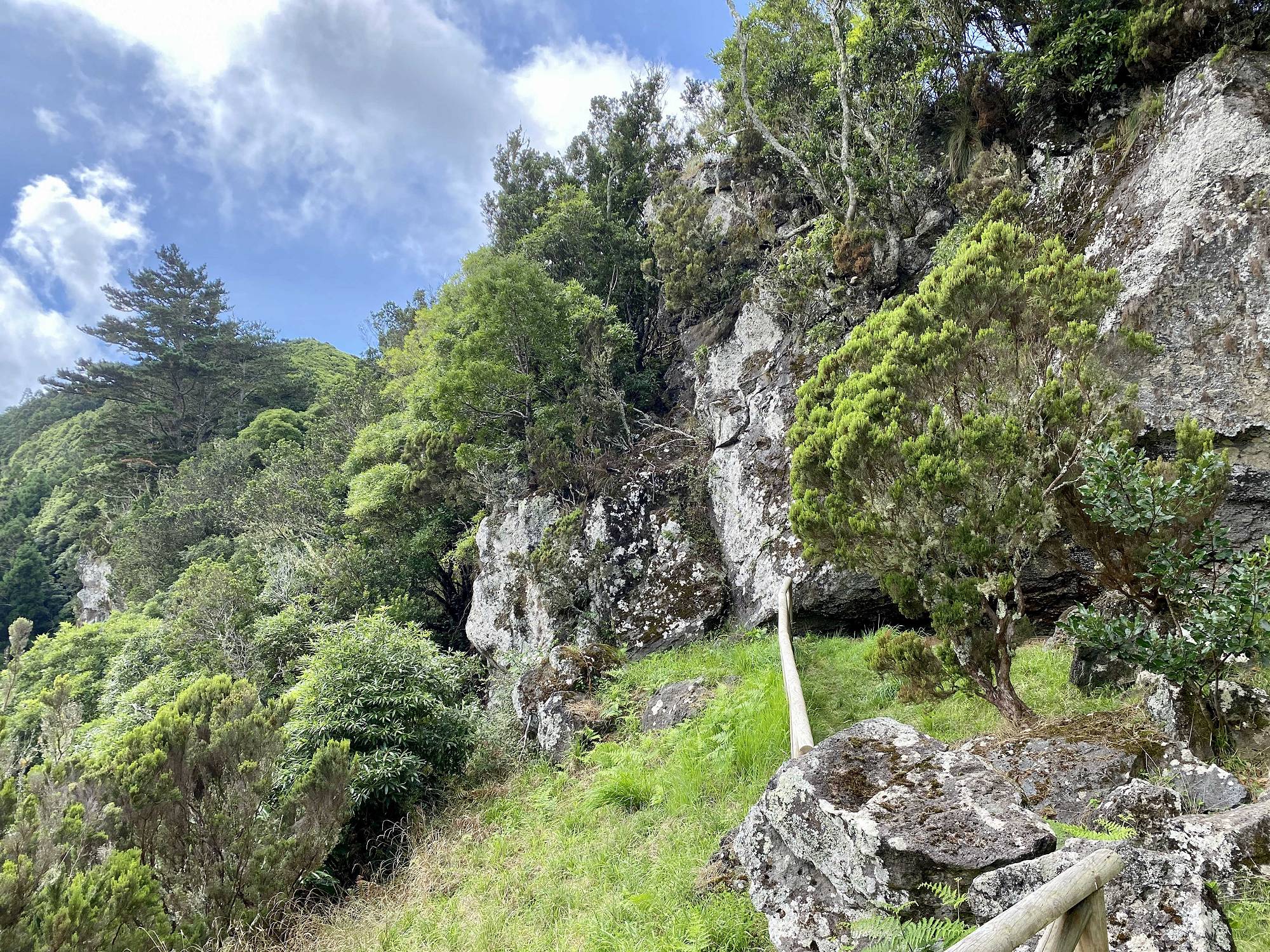 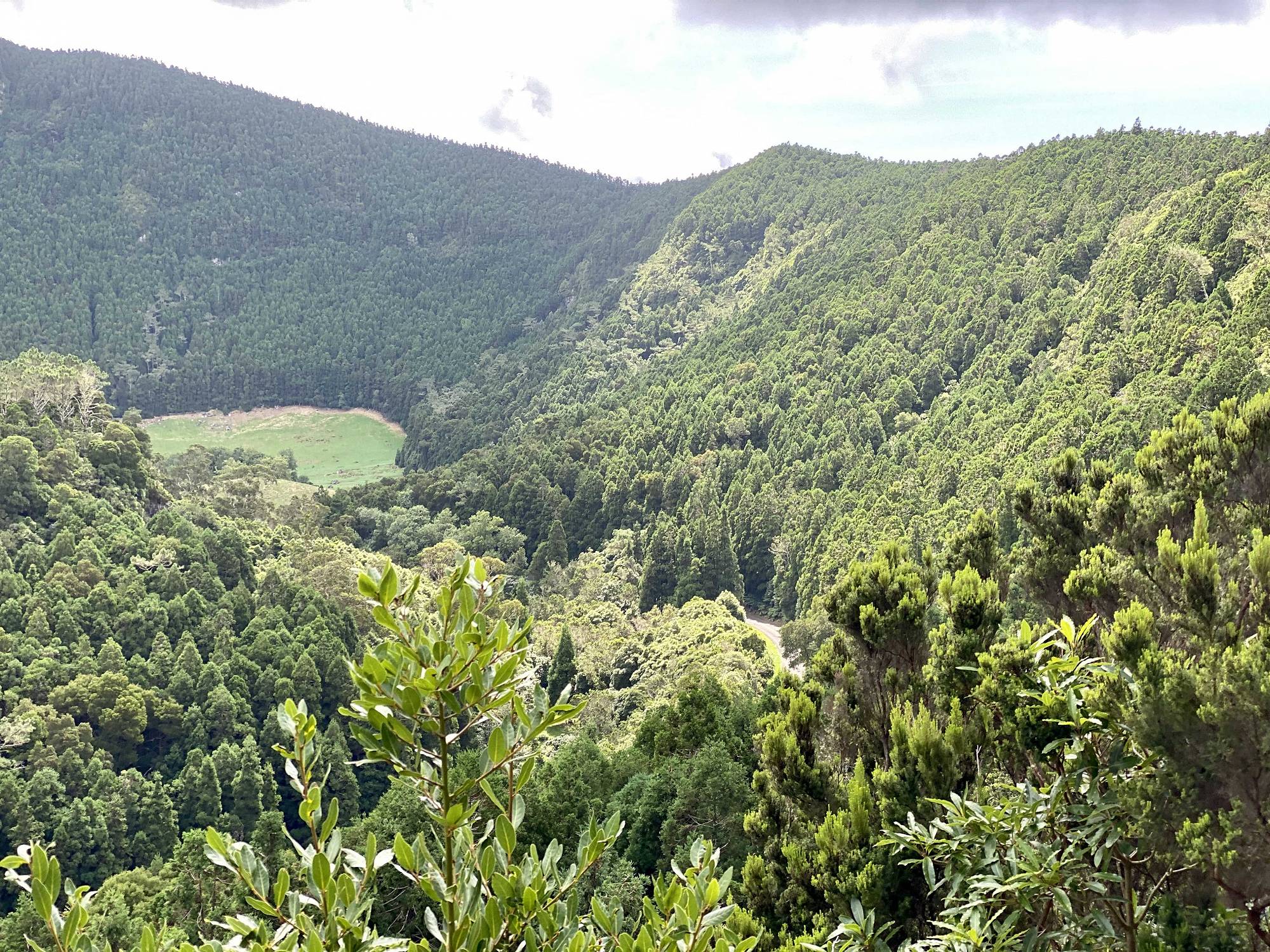 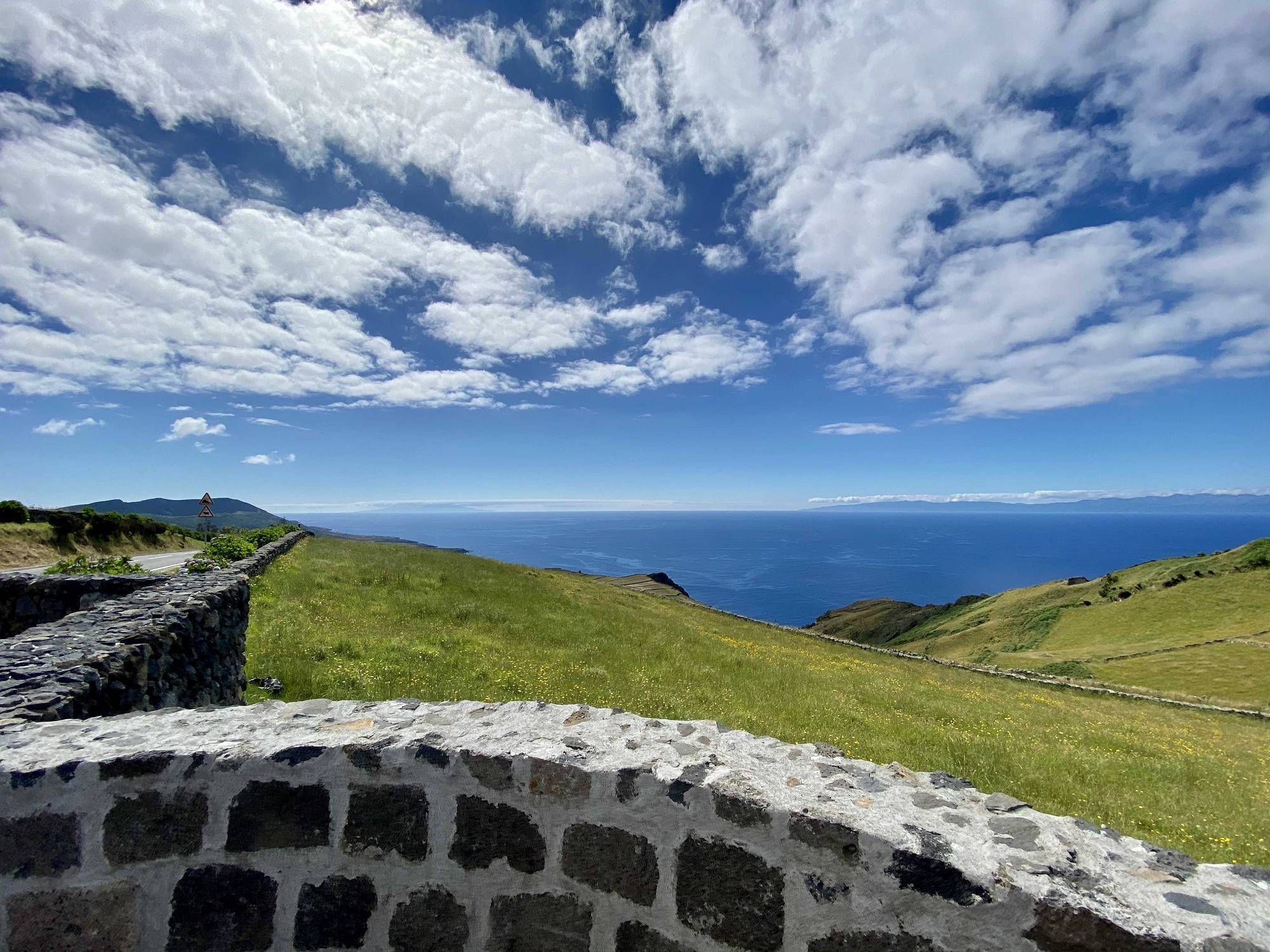 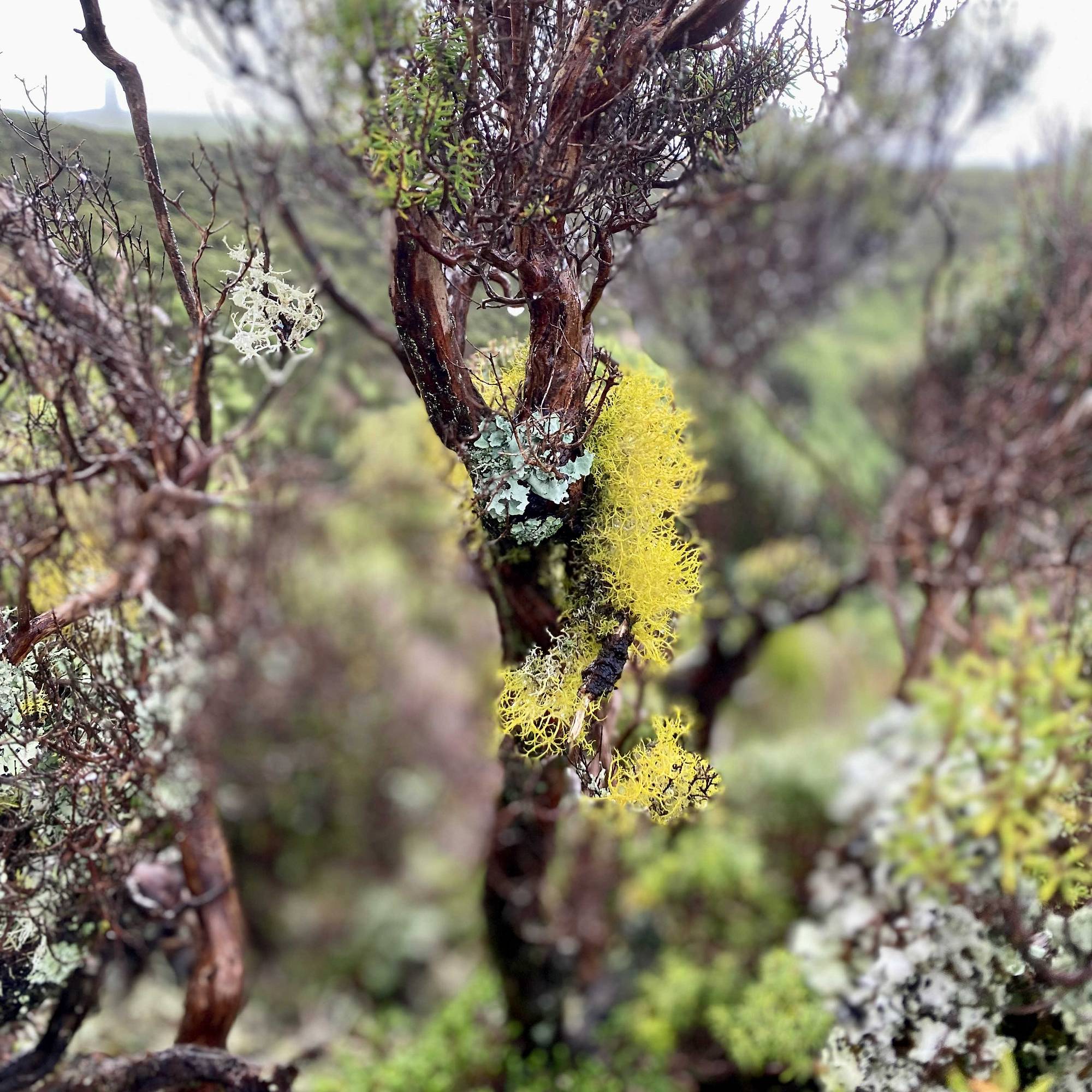 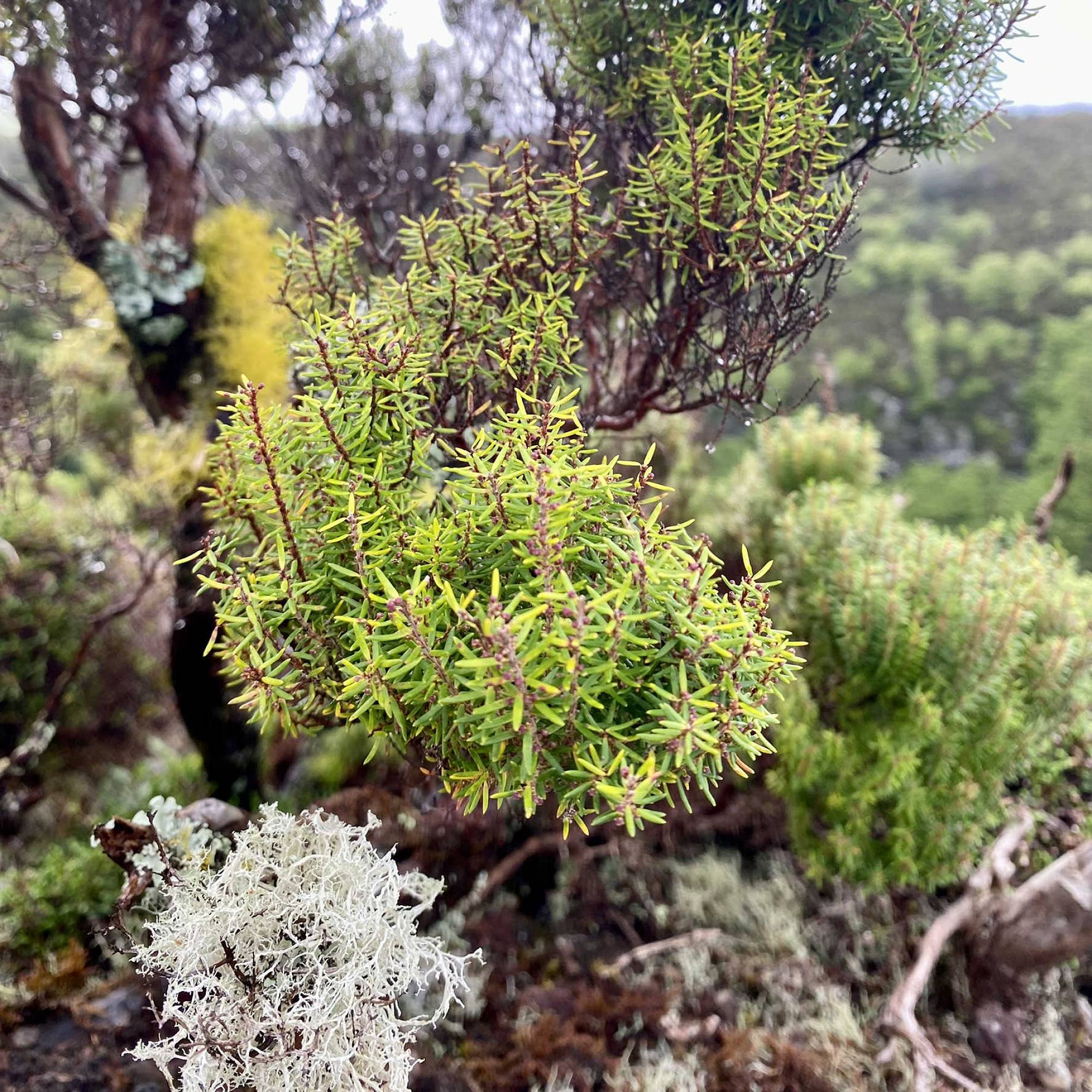 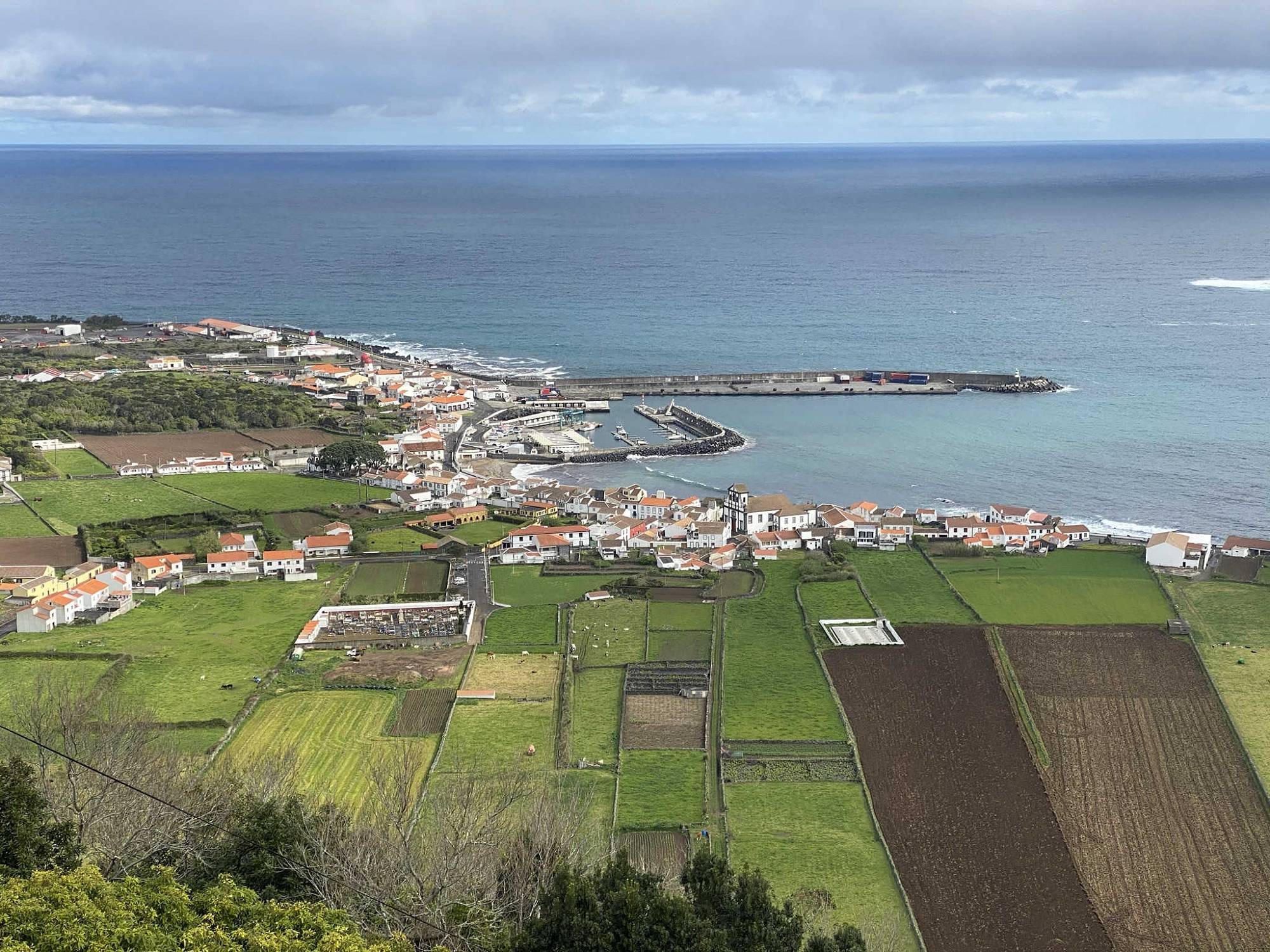 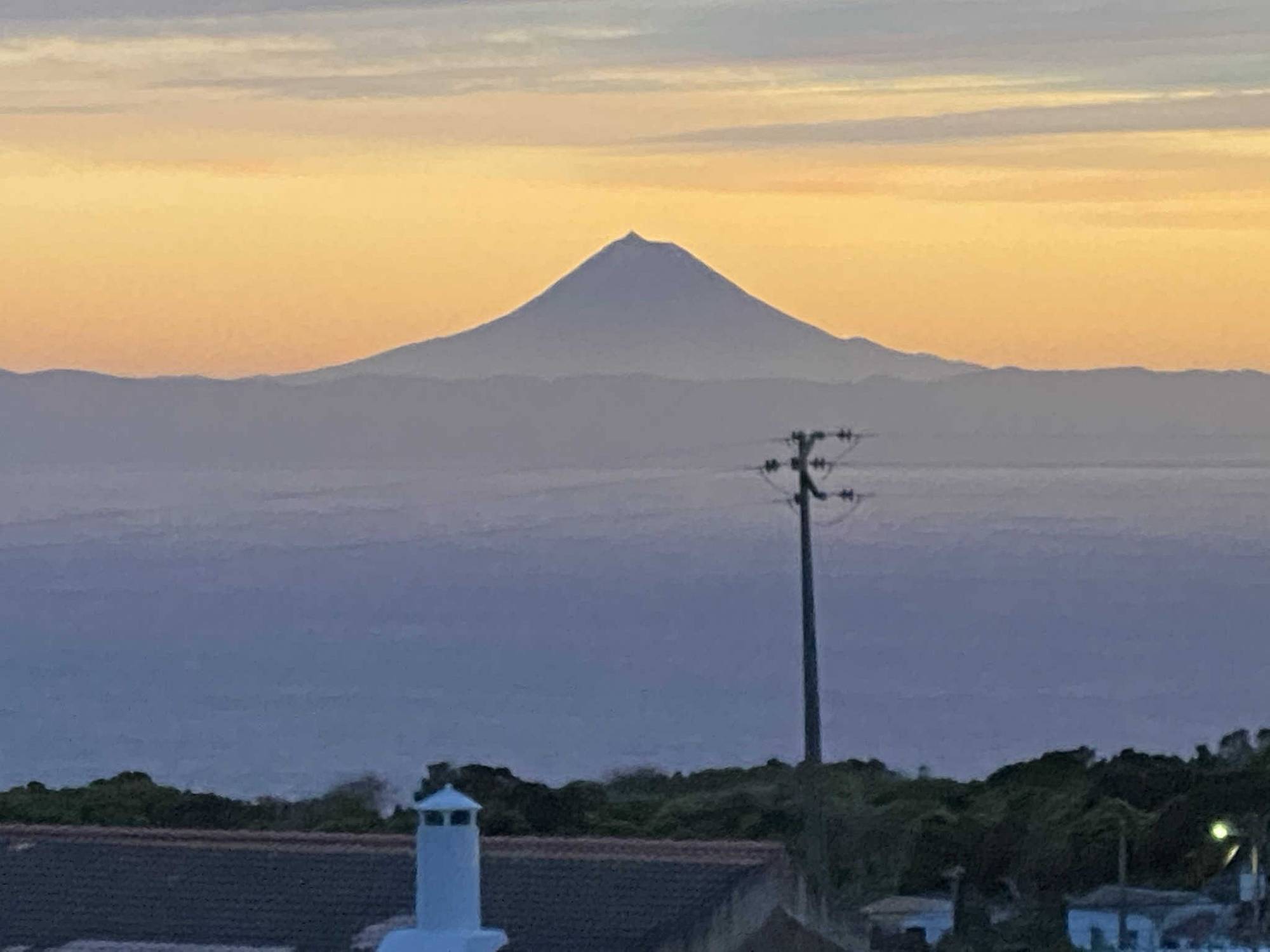